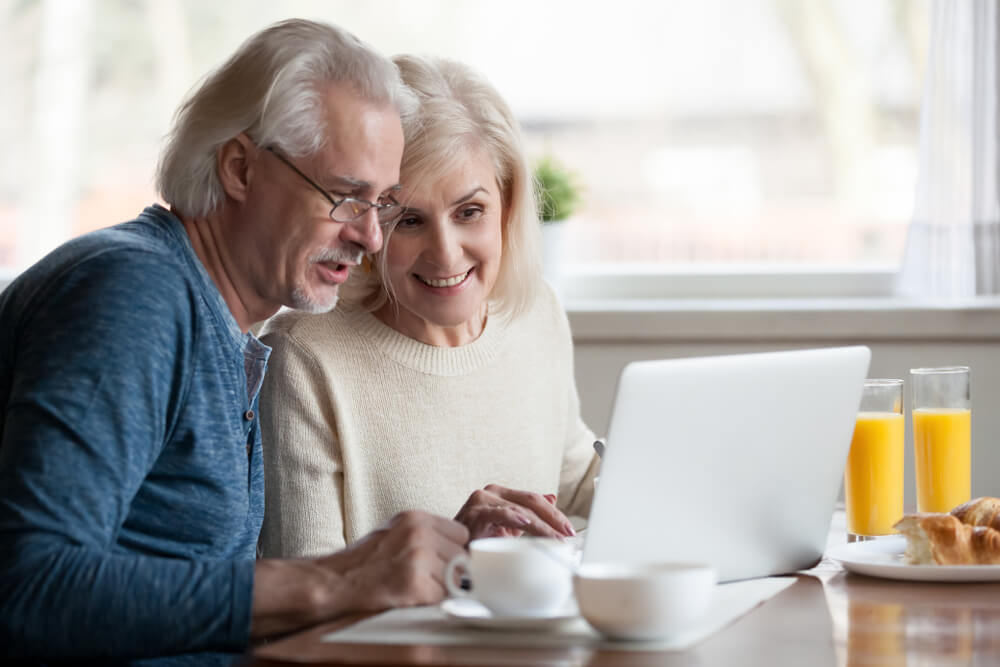 Choosing the right health cover provider out of the many top health funds in Australia can seem like a daunting task. It is also a very personal one, as there is no one-size-fits-all solution—the best provider for you is dependent on many factors, including your individual requirements and preferences for coverage.

To help you compare your options, we have ranked the top 10 health funds in Australia below, based on market share and customer satisfaction.

Sitting at the top of our list is Bupa, a global healthcare provider that entered the Australian market in 2002 and provides services to four million customers in Australia and New Zealand. They tie with Medibank for the most market share in Australia, however their customer satisfaction rate is higher and their complaint rate nearly two thirds lower than Medibank.

Medibank is a leading health insurance provider in Australia with over a quarter of the market share and 43 years of operating experience. They serve 3.7 million customers throughout the country via their Medibank and ahm brands, and also offer life, travel, and pet insurance.

HCF was founded in 1932 and remains Australia’s largest not-for-profit health fund and the third largest health provider by market share. Their health insurance serves 1.5 million people across more than 50 locations in Australia and has won numerous customer service awards, including Australia’s Most Trusted Private Health Insurer 2018 and Canstar Outstanding Value in Health Insurance three years in a row.

Founded in 1952, nib health fund has grown through mergers over the decades into an international company now serving 1.5 million Australian and New Zealand residents. They are also Australia’s third largest travel insurer operating under nib Travel, and control World Nomads, one of the top providers of travel insurance in Australia.

HBF, or the Hospital Benefit Fund, is a not-for-profit health fund based in Western Australia and WA’s leading health insurer, serving one million customers in total. In 2018 they returned 91 cents in every premium dollar back to members and introduced the lowest premium increase (1.94%) of the nation’s major insurance companies.

Established in 1954, Teachers Health is a not-for-profit that provides insurance exclusively for members of the education industry and their families. This includes teachers, administration, support staff and their spouses, children, siblings, parents, and grandchildren. Teachers Health serves over 330,000 Australians and has the highest customer satisfaction rating of the major insurance providers (83.4%). They also have an industry-leading 96% customer retention rate.

A not-for-profit since its founding in 1934, GMHBA covers over 400,000 Australians through four brands: GMHBA Health Insurance and Frank Health Insurance and associated funds, health.com.au and myOwn. They are headquartered in Geelong, Victoria and remain focused on being a members-first operation.

Since 1953 Defence Health has been available for members of the Australia Defence Force, their families, and ADF supporters (including anyone who has worked in the Department of Defence or was contracted to a Defence supplier). While not available to the general public, if you are in the defence community this is a provider that can offer specialised health cover options for your unique needs. 260,000 Australians are currently covered by Defence Health.

Founded in 1951, CBHS is a not-for-profit healthcare provider available to employees of the Commonwealth Bank of Australia and their family members. Former employees, contractors and franchisees of the CBA Group are also eligible for coverage and over 200,000 people are currently members under CBHS.

The table below provides further insight into customer satisfaction, percentage of complaints, and average premium increases in 2019 for each health fund we’ve ranked. 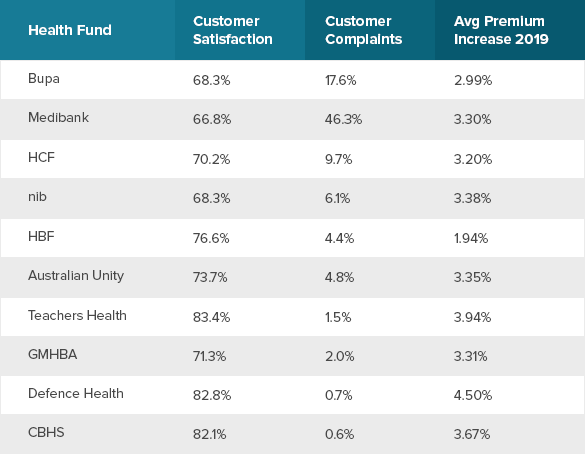 Our health insurance provider guides cover all the major insurers in Australia and are a must read before you switch policies.

Information correct and current as of 30th July 2019.

Our experts can provide you with free personal advice. Let us call you.